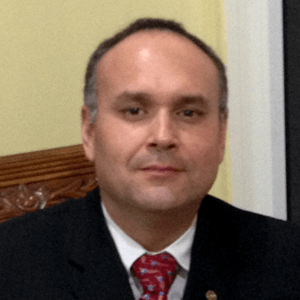 This email address is being protected from spambots. You need JavaScript enabled to view it.

Roberto received his law degree from The Law School at the Universidad Nacional Autonoma de Honduras (UNAH) in 1990. In the same year he participated in the Arbitration & Legal Terminology program at Tulane University’s Law School in New Orleans, LA.

In 1994 he received his Master of Laws (L.L.M.) at the Law School at The University of Chicago in Chicago, IL.

In 1990 he founded Zacarias & Asociados in the city of San Pedro Sula, Honduras.

In 1995 he was invited to join the office of Patton Boggs LLP in Denver, CO until his return to Honduras in 1996. In the same year he returned to Zacarias & Asociados.

During his stay in Patton Boggs LLP, he focused his practiced in multi country transactions that involved the laws of Central and South American countries and the United States, international public bids, competition law and anti-dumping, mining concessions in South America, port concessions in South America and Foreign Corrupt Practices Act related cases in Mexico. As part of his experience in Patton Boggs LLP, Roberto also developed his practice in environmental issues facing multinational companies in Central and South America.

Designed by Clicks Agency
Back to Top